The Processes of Additive Color in Photography 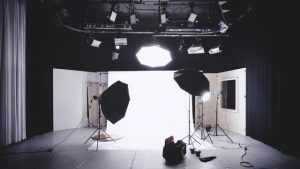 It was in the 1890s when the earliest photography methods had been seen. They replicated color by combining green, red, and light blue color shades. The said process is called the additive color process.

Below is the variation of the additive color process in photography.

Frederic Ives, an American photographer, and an inventor as well, invented a system that depends on three-color separation negatives captured using colored filters. The transparent positives were created out of these negatives, which were then viewed via a Kromskop.

The photos were placed on three-layer transparencies using the Kromskop mirrors, and the colors were restored by utilizing another set of filters. Kromograms are the set of resulting images that were highly effective yet expensive.

Rather than producing three different exposures with green, red, and blue filters, a more basic method was to use a filter that integrated all three basic colors in a single exposure.

Dr. John Joly invented the first technique that used this technology in 1894 in Dublin.

Two French brothers namely Auguste and Louis Lumière invented the first screen process that is properly usable and has been successful commercially. It was in the early twentieth century when autochrome was discovered.

The Lumières realized that keeping the separation of the filter screen from the photographic emulsion was unnecessary. So, they mixed the two on a similar glass support.